Outdoor dressage arenas two and three are in the process of being re-surfaced with a mixture of sand and CLOPF fibre, with the aim of having the works completed in time for the Saddleworld Melbourne International 3 Day Event on 7-11 June.

The surfaces are being funded through a long-term interest-free loan and donations from a number of equestrian supporters, and a substantial discount from Martin Collins Australia as a form of sponsorship for WPNEC.

WPNEC Chair Peter Dunne said, “This is a fantastic improvement and we are extremely fortunate to have the support of Martin Collins Australia, who are international leaders in developing revolutionary equestrian surfaces and have supplied and installed surfaces for thousands of competition venues around the world for more than 30 years.

“Dressage competitors at WPNEC will once again be able to enjoy significantly superior surfaces and we will be able to attract top-level competition.”

The Martin Collins Australia CLOPF-sand combination provides for an even, balanced and confident riding experience, which will help to enhance performance.

Following removal of the existing material, which will be re-used on walkways around the arenas, the arenas are being raised, extended, graded, and topped with the CLOPF mixture. The mixture is also transportable in the event any future decision is made to move the arenas.

“We are planning a number of improvements to freshen up WPNEC and bring it to a standard that will allow users to continue to enjoy the facility and enable it to function viably, pending the preparation of a master plan for longer-term redevelopment of the site,” he said.

“There will be opportunities for the equestrian community to contribute resources to this program and we will be communicating details in the near future.” 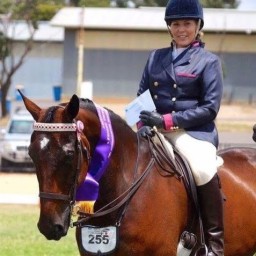